The number of drone sightings and incidents around airports and airplanes has increased dramatically over the past few years. As drones become increasingly popular, easy to operate, and affordable, the risk to airports and aircrafts becomes higher.

Governments and officials around the world have been sending clear messages that operating drones around airport environments is illegal, and could lead to fines, criminal charges, and even jail time.

A study from the Canada National Research Council’s Aerospace Research Center found that mid- and large-size drones with heavy payload capabilities can do significant damage to aircraft, including shattered windshields, penetration and inhalation hazards, lost optics and the need for emergency landings after impact.

At low speeds of around 140 knots, aircraft that collided with drones showed plastic damage and extensive deformation to the skin, as well as damage to the vessel’s underlying honeycomb structure. At higher speeds of 250 knots, severe deformation of slat curvature, secondary damage to the leading edge, and even penetration of drone debris into the aircraft’s fractured area were observed.

Fears of a drone colliding with a plane, or being used for a terror attack, prompted many airports to search for effective and optimized counter-drone technologies to fit their unique and sensitive environment that can also operate under current regulations.

But achieving an acceptable level of airspace safety from drones isn’t necessarily easy: radars can be used for detection, but may generate false positives. For mitigation, jamming could potentially hamper crucial communications systems in the area.

Sensitive environments require a safe and innovative defense against rogue drones in-line with current regulations that is future-ready for the rapid regulatory evolution.

An optimal solution provides a migration path from passive detection that raises the airport’s situational awareness, to eventually extend to also include full, seamless, and simple mitigation capabilities, as regulations permit.

ENSURE CONTROL AND CONTINUITY WITH ENFORCEAIR

Unlike traditional anti-drone solutions on the market, our counter-drone, cyber-detection flagship product, EnforceAir, seamlessly detects and tracks authorized and rogue drone threats, providing situational awareness along with a rich set of capabilities, including tracking drone location, home location, and drone operator location, accurately and in real-time. Airport security staff can then choose how to utilize the information to contend with the risk and achieve optimal operational continuity.

When permitted by regulations, EnforceAir’s mitigation capabilities can be easily activated.

Detecting and, when permitted, mitigating the rogue drone threat quickly and efficiently is essential to maintaining safe airport operations. Flight schedules proceed as planned, backed by a system that can assert control over rogue drones and land them safely in a designated zone, as allowed by regulations and performed by authorized personnel. EnforceAir empowers airports to detect threats without excessive burden on human resources, disrupting communications systems, or damaging existing infrastructure.

EnforceAir can read unique identifiers per drone. Once a drone is tagged as “authorized,” it is recorded on the authorized list and can fly undisturbed in defined areas of the airport. EnforceAir’s ability to distinguishing between authorized and unauthorized drones ensures continuity for drones performing essential functions at the airport.

Airport security, safety and continuity are further facilitated by EnforceAir’s preventing the drone pilot from regaining control over the drone, thereby fully and smoothly eliminating the threat.

EnforceAir can also provide airport authorities with preventative alerts while providing crucial data – such as drone take-off and pilot remote control locations, so authorities can deal with specific flights and dispatch appropriate personnel. 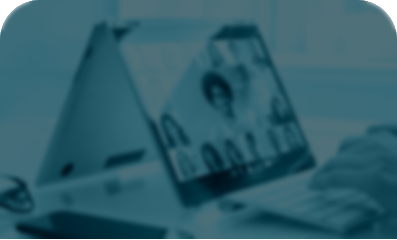